IVF And Your Child’s Academic Performance

The Petri Dish as a Playground 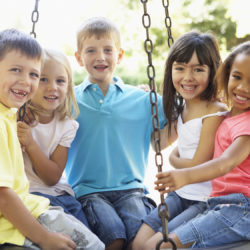 New data out of Denmark shows that children from singleton pregnancies after in vitro fertilization (IVF) have higher academic performance than children from naturally conceived pregnancies. In addition, IVF twins did no worse than IVF singletons on standardized testing.

Why the improvement in test scores? Now, we IVF doctors at Reproductive Science Center aren’t adding any magic to the culture medium. But we have always hoped and believed that IVF and early life in a Petri dish did not cause concern for a child’s developmental performance in school.

Earlier studies on children’s developmental performance showed no difference in IQ, attention and executive function in assisted reproductive technology (ART) versus non-ART children at age 5. A new study of ninth graders conceived by IVF with intracytoplasmic sperm injection (ICSI) showed their mean test score on the national test was statistically better than non-IVF peers. But remember that IVF children tend to come from older moms with higher socioeconomic status, which is most likely the reason for the improved scores, as the improvement was not significant after adjusting for these factors.

And in truth, after adjusting for confounders in the recent Denmark study, it appears there is truly no difference in test scores, and higher scores may have more to do with the socioeconomic class people come from.

So rest assured, you moms and dads who underwent IVF to have a child. Hard work, good study habits, summer reading and great schools will keep your smart kids getting smarter, and they will not be behind their peers whose early playground was not the Petri dish.