What’s all the fuss about HCG tests?

I had a patient make an impassioned plea for me to write a bit about why we do so many HCG tests and what they mean. It’s true, we hang our lives on HCG levels in the field of infertility. First thing we do when we return from a day off, is check to see who had a positive HCG. We anxiously await the weekly lab report with statistics on our HCGs. We argue about which lab does the best HCG. Our hearts break along with yours when the HCG levels fall or are negative. We sweat out the borderline rises in HCG for fear of an ectopic pregnancy.

Why are HCG tests important?

Well, HCG is a marker of pregnancy. It is a hormone produced by the placenta (human chorionic gonadotropin) and is produced very early on in embryo development but only able to be measured in the blood close to the date of the missed period. At RSC we tend to do the first HCG exactly two weeks after conception. Although it might be positive four days prior, we get a more reliable result that is more interpretable when done on this day. It also saves you from too many blood draws. There are patients that may have gotten pregnant but had an 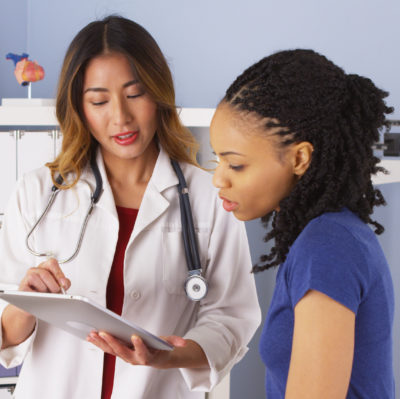 extremely early loss before we do the first HCG test. This is a known phenomenon and may be why some women “swear” to have been pregnant when the test comes out negative.

We also ask that all patients do a blood HCG test if they have used any fertility meds or if they plan to use any fertility meds in the next cycle. The reason we do this is NOT to add a painful blood test and then add insult to injury by telling you that you are not pregnant while you are having your period, but to make sure we have not missed an ectopic pregnancy. Every year we see a handful of patients that swear they are not pregnant, either because they know their body’s symptoms or they are bleeding, but turn out to be pregnant. Many are having a miscarriage, but a few have ectopic pregnancies (pregnancies in the tube or on the ovary) and unless we know that early, they may end up with a life threatening rupture of an ectopic and need emergency surgery. Every single one of these patients wished they had done the HCG, and every time I do the emergency surgery I am reminded that although few will have an ectopic, the helpfulness of an early HCG test is huge in preventing adverse sequelae.

But, why do you have to take them so often?

Well, studies have shown that 85 percent of normal pregnancies will have a 66 percent rise or greater of HCG over 48 hours. This does not last all through pregnancy–usually just through the first four-six weeks. When the HCG rises appropriately, there is a much lower chance of ectopic or miscarriage. But this is still just a MARKER – not an absolute. If the levels do not rise appropriately, there are still a fair number of normal pregnancies (my daughter is one of them). Sometimes it can also mean you were pregnant with twins and now just one fetus is growing normally. We also use the absolute value of the number to tell us a few things:

At two weeks after conception, the HCG is usually 100 mIU/mL. If you did a frozen cycle transfer it may be 70 and still be normal. If it is 200, you may have twins, or just a good implantation of the pregnancy. If it is 300 or higher, it could be triplets, or just a really good implantation. The higher the number the lower the chance of miscarriage in most circumstances.

If you do not know the date of conception, we can usually work backwards to figure that out based on the number.

If the level is >1000, we should be able to see the gestational sac on a vaginal ultrasound. This means that if we were worried about an ectopic pregnancy, but your level is now 1000, we can look with ultrasound to make sure you don’t need intervention for an ectopic.

We can use the numbers to track a failing pregnancy, especially if we have give you medicine (Methotrexate) to treat an ectopic.

Once the pregnancy can be seen in the uterus, there is little reason to repeat an HCG level. At that point it is best to do ultrasounds to check on the status of the pregnancy. The maximal levels of HCG are at eight-ten weeks of pregnancy and get to about 100,000 and then start to decline.

It is because of this third reason that we run many levels early on, almost every two-four days. This helps us know the soonest we could look with sonogram to see if you have a pregnancy in your uterus.