Is There Hope for Women Who Continue to Have Early Miscarriages?

Yes! Whether due to abnormal embryos or poor uterine environment, we now have a new treatment plan. 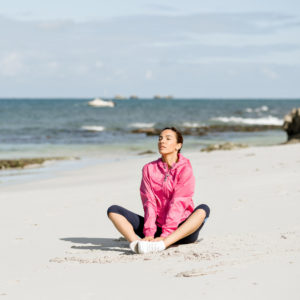 In my day-to-day fertility practice, I frequently see patients who report to have a positive home pregnancy test result initially, only to find that the test is negative when taken a few days later after they start bleeding. We call these biochemical pregnancy losses or biochemical miscarriages, more commonly known as early miscarriages. We are even more secure in the diagnosis if we are able to document the pregnancy with a blood test to confirm the presence of the hCG (human chorionic gonadotropin) hormone, since some home pregnancy tests can be falsely positive.

Understanding why these early miscarriages may happen to some women has been a challenge for fertility physicians (and patients!) for quite some time. In general, we believe two different processes could be going on. And we try to decide between these two possibilities based on other factors about the patient including her age, the health of her uterus and whether or not she has had full-term pregnancies in the past.

Let’s take a closer look at the first. Some women are just conceiving with abnormal embryos. These embryos are not capable of sustained growth and therefore are the cause of early miscarriage. In this scenario the woman’s uterus and her uterine receptivity is optimal but the pregnancy itself is not healthy. This is more commonly seen in age- or egg-related fertility challenges or in couples with chromosomal abnormalities. We now have the ability to test embryos to look for the major causes of miscarriage. This testing is called PGT or preimplantation genetic testing.

The other possibility is that there is an abnormal uterine environment. It may be that a woman’s endometrial lining is not synchronized with the embryo, and therefore she may be more likely to have a poor implantation. This will lower the chance of being able to support the pregnancy, and an early miscarriage may happen. There are also possibilities of poor blood flow or deficient hormone delivery to the uterus, a toxic environment in the uterus, and an abnormal immune response that may reject the pregnancy.

A plan for addressing both causes of early miscarriages

Today there are few if any tests that can help clinicians determine which cause may be affecting a given patient. That’s because biochemical miscarriages happen so early that it is hard to test the pregnancy tissue, and you cannot test the endometrial lining while there is a pregnancy growing there. Research by Carlos Simon published in the Fertility and Sterility journal (October 2017) looked closely at women who have had biochemical losses to try to identify the women that have an endometrial or uterine problem.

Using the endometrial receptivity assay (ERA), a biopsy can be done of the uterine lining and compared to profiles of healthy fertile women. Simon found that women who implant during the late receptive phase (too late) have a 50 percent chance of a biochemical loss. This is in contrast to women who implant during the typical receptive phase, which is seven days after a positive LH (luteinizing hormone) surge, where their biochemical pregnancy rate is only 6-7 percent.

When conceiving naturally, you have no control over when your embryo implants. However, using this knowledge, women can go through an IVF (in vitro fertilization) cycle and freeze their embryos, either with or without genetic testing. Those embryos can then be put in the uterus at the proper time in a woman’s cycle individualized to her receptivity. Her receptivity status can be determined through the ERA, which is performed in the clinic through a biopsy of the uterine lining.

While the process seems involved, and more expensive than trying to get pregnant on your own, it brings hope to the couples who have had early miscarriage after early miscarriage and are struggling with what to do next. We now have a solid plan that can help address both causes of recurrent pregnancy loss, abnormal embryos as well as endometrial receptivity.