What To Do About An Ovarian Cyst?

At least once or twice a month, I see a patient who comes in for fertility treatment frustrated by the presence of an ovarian cyst. 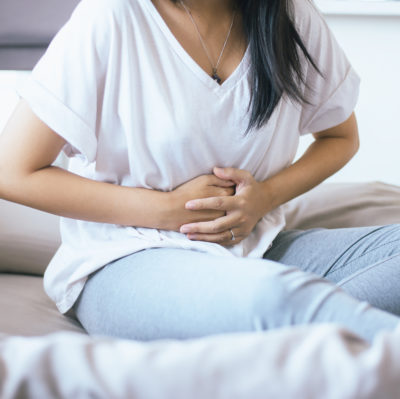 Women may have a simple benign ovarian cyst which comes and goes without detection. But a patient undergoing fertility treatment is more likely to have this cyst noticed because she is having frequent pelvic ultrasound as part of her fertility treatment.

When a cyst is seen, the patient must hold off on fertility medications for at least 1 to 2 months (which is really frustrating when you are so anxious to get pregnant!) These cysts can often be painful or annoying physically.

Clomid, Femara (letrozole) and even gonadotropin shots may make cysts appear more often. For some women, moving directly to IVF may help them conceive in a more efficient manner, not only by increasing their pregnancy rate per month but also by avoiding the necessary rest periods between treatment cycles.

But for the physician, these ovarian cysts must be evaluated as there is always a chance they are not just simple benign cysts but instead are precancerous or cancerous.

In the United States, women have a 5 to 10% chance of undergoing surgery to evaluate an ovarian “mass” (cyst) but only approximately 15% of these patients are diagnosed with cancer.

Cancer is much more often seen in the postmenopausal age group, however, younger patients must also be evaluated as some could have cancer or precancerous cysts. Luckily, the majority of cysts in younger women are not Cancer. Non-cancerous cysts include endometriomas or ruptured hemorrhagic cysts. Tubal ovarian abscesses or ovarian torsion can also present with an ovarian mass or cyst appearance.

After a detailed history by a physician, an ultrasound should be performed. Worrisome features on ultrasounds include solid components, septations thicker than 2 to 3 mm, nodules, and vascular flow or ascites.

CT scan or MRI may also be used if ultrasound is equivocal.

Bio markers in the blood may be helpful to decide whether to involve a gynecologic oncologist in the surgery, but should not be used alone to decide to undergo surgery.

CA-125 is the most well studied biomarker but are very non-specific. HE4 may also be used to calculate the risk of malignancy in conjunction with CA-125.

A new test, OVA-1 may also be helpful in knowing whether to involve an oncologist in the surgery. For young women, germ cell markers (in the blood) may be more helpful including LDH, HCG, AFP, DHEA, AMH, INH B, estrogen and testosterone.

Since the word “cyst” just means a fluid-filled sack, these are most often benign and will disappear in their own in time (or while a woman’s body “rests” on birth control pills). However, following-up with your fertility doctor is necessary to keep you at an optimal health.