By Reproductive Science Center on October 5, 2016 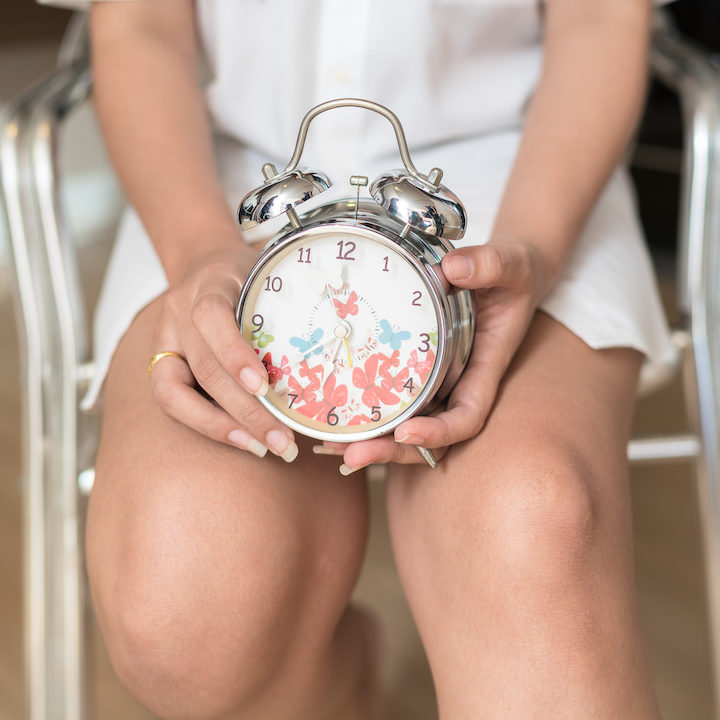 Four year ago, a successful 37-year-old Bay Area woman was exploring options to extend her fertility. Having passed age 35, Lily found herself in a situation common among professional women across America.

“I wasn’t married, but I knew I wanted kids,” says Lily, which for the sake of this story is not her real name. “I was dating but we hadn’t yet made a lifelong commitment. I wanted to know my fertility options.”

Since the American Society for Reproductive Medicine lifted its “experimental” label on egg vitrification (a fast egg freezing process) in 2012, more women are electing to freeze their eggs. Vitrification is a major step forward toward successful egg freezing and thawing. Because of this advancement, many more women are choosing to delay the start of their families because they’re seeking a life partner or working on careers and education.

That broad description fits Lily. She decided to freeze her eggs for future fertilization through in vitro fertilization (IVF). After her experience, Lily reported several of her friends also froze their eggs to preserve fertility. Some returned for them later in life, while others conceived naturally.

“In life there are many things we have to accept that we cannot control,” says Lily. “I found that egg freezing was one way to generate an option I may not have later.”

For women, age is one of the most common causes of infertility. Women are born with between 1 and 2 million eggs, and as that egg count decreases over time, changes in hormones due to aging also reduce fertility. After age 35, egg quality rapidly declines as well. In addition, women who partner later in life tend to have partners that are also a bit older. And age affects a man’s fertility, too, though not as much as with women.

There is no way of guaranteeing the success of freezing eggs for use in IVF. But as success rates continue to climb, the prospect of being pregnant after age 37 is greatly improved with this technique.

In search of a clinic and support

Lily thought that freezing eggs would be a considerable financial investment. She was surprised to find it was much more affordable than she anticipated. As she researched widely in search of a clinic, she focused on three things: high success rates, the right doctor and value.

After visiting three other clinics, Lily most liked what she saw and heard from Reproductive Science Center of the Bay Area.

“I came back to RSC Bay Area. There was no fear mongering and they were very compassionate,” she says. “They were different from the other clinics because they had strong results. I think it’s from their combination of an excellent lab, a group of skilled doctors, and many years of experience. You’d be surprised by the wide variation in costs and results, including at other internationally recognized names. Pay attention to the lab. In addition, while insurance didn’t cover a ton, it was enough to make one egg freeze much more affordable.”

After learning how vitrification significantly improved egg freezing and subsequently increased success rates, Lily knew that, “egg freezing was a whole new ball game. It made sense for me.”

While she was confident she had the right clinic, she sought support to proceed. Having parents who emigrated to the U.S. and a sister who had two children naturally, Lily says she wasn’t surrounded by a culture that discussed fertility, much less electively freezing eggs. To her delight, her family was very encouraging.

“One word: grandchildren,” she explains. “And for me it was easier to experience this with the support of at least one friend or family member.”

Lily started her injections and was ready for the egg harvesting procedure. “We worked with Dr. Mary Ramie Hinckley, and case manager DevRonne Houston, both of whom we loved.”

She was nervous because she had previously been diagnosed with polycystic ovary syndrome (PCOS) at the age of 24, so the clinic was careful to adjust her protocol to avoid hyperstimulation. Admittedly, Lily says the needles used to inject the hormones at first intimidated her, but she received comfort and guidance from RSC’s nurses.

“I felt that the staff saw me as an individual,” Lily says. “I had access to our doctors when I needed it, and the entire clinic coordinated care well. I knew everyone by name, even as they grew due to their success. I’m really appreciative of the case managers who knew us and provided on-point logistical, medical and emotional support.”

She also incorporated acupuncture and herbal supplements. RSC was progressive, working closely and sharing data with complementary practitioners. According to Lily, acupuncture seemed to help physically and emotionally for a successful egg freezing procedure. The doctors were able to gather enough eggs for a strong statistical chance for at least one child. “I would love to conceive naturally,” says Lily. “But the backup plan made options available.”

The backup plan was a good idea indeed. Lily had just begun dating someone during the egg freezing, and three years later they got engaged. “We literally called our parents and siblings first, and Dr. Hinckley the next day.” She and her fiancé made plans for a multicultural wedding just a few months later.

“RSC tested both of us during the egg freezing, which made us aware that my husband may have challenges, making conceiving a little harder. Thank goodness we had a plan, didn’t squander more time, and tried different steps like medication while wedding planning, job hunting, moving and other life transitions continued to go on.”

The couple returned to RSC a few months later. They first underwent three IUI (intrauterine insemination) treatments. With their numbers, each IUI had a 5 to 10 percent chance of success. Unfortunately, none of them were successful. Her husband’s diagnosis required ICSI (intracytoplasmic sperm injection), which meant IVF for Lily and fertilizing eggs in the lab. Luckily they had the frozen eggs.

“We hoped to have a family with two children. Accordingly, we made the decision to do one more round of fresh (non-frozen) IVF, just so we completely addressed the factor most affected by age – the age of my eggs,” Lily says.

“Also, at our age genetic testing was recommended to improve outcomes and reduce heartache. Interestingly, we could pay one time, and then test the eggs from more than one batch since RSC had excellent protocols.”

The fascinating science of reproductive medicine

“The science was fascinating. We had our own little controlled experiment, where the only variable was age,” she says. In the end, Lily and her partner lost only two eggs to thawing, meaning the vitrification was successful. And technology for freezing eggs has continually improved a great deal since the time when she chose to freeze her eggs, her doctor explains. From her batch of frozen eggs, 13 were matured and 11 survived the thawing process. Of those 11, nine of them were successfully fertilized in a lab. Five of those fertilized eggs made it to 5-day-old blastocysts, which are multi-cell embryos. Three of the five came back as genetically normal.

Through this process, Lily and her husband increased their likelihood of pregnancy success with a tested embryo to 68 percent, or 60 percent chance of having a baby. “We learned so much. As we age, we might have fewer eggs and also fewer genetically viable eggs. The egg freezing and adding the genetic testing later really leveled the playing field. We have a chance, and we would not have had one without assistance,” says Lily. “I’m someone who can be brave but I do sometimes worry. It was worth it to know we were doing what we could together as we worked toward our goals.”

The fresh batch had performed similarly, but at one point there was a chance they were going to have a much smaller number of eggs and lower chances of having a child. “In fact, some friends at my age of 41 had unsuccessful cycles and have moved on to other options like adoption and fostering,” says Lily. “The frozen cycle saved us having to do another fresh round at my current age, when time and focus are increasingly precious.”

Lily and her husband recently returned to RSC to begin their first embryo transfer to conceive.

“Watching a live hatching embryo painlessly transferred was awe-inspiring,” says Lily. A few weeks later, their nurse and doctor both called to share the good news: they are pregnant! Lily and her husband just visited for their first ultrasound.

“It was very exciting and emotional to see the fetal heartbeat,” says Lily’s husband. And thanks to genetic testing, they have an excellent chance of bringing home a healthy baby.

“Infertility can be an uneasy road,” Lily says. “We leaned on loved ones, our RSC team and counseling to navigate this journey together. We both agree that freezing my eggs was a good investment. We reached this milestone on the road toward growing our family in part because of my decision years ago to freeze my eggs. We couldn’t be happier.”