Fertility preservation at a glance

What is fertility preservation?

Fertility preservation is a process by which a man or woman saves their ability to have children until a later point in life when it may be more desirable or is medically necessary due to pending treatments that can result in sterility.

A common method of fertility preservation is egg freezing, in which a woman’s eggs are extracted, frozen and stored for future use months or even years later when she is ready to get pregnant. This may be done for social reasons (i.e. she has not found a partner with whom she would like to have children) or for medical reasons such as preserving fertility before cancer treatment or sex reassignment surgery.

Similarly, men may opt to freeze their sperm for future use. This procedure is not as common as egg freezing since men are not affected by age-related infertility to the same degree as women, who experience a decline in egg quality beginning in their 30s. Rather, men freezing their sperm often do so prior to cancer treatment or another serious medical procedure such as sex reassignment surgery that threatens to leave them infertile. 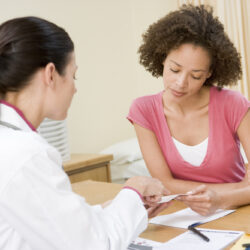 Fertility testing shouldn't cost your nest egg. Get help making an informed choice about when to have children – at an affordable price.

Egg freezing is a procedure in which a woman’s eggs (oocytes) are collected, frozen and stored for future use. Essentially, the patient undergoes the beginning stages of IVF. She is first given drugs to stimulate her ovaries so they produce multiple eggs. Once the eggs are nearing maturity, a special injection called a trigger shot is administered, which causes the eggs to undergo the final stages of development. The eggs are retrieved in an outpatient procedure that uses a vaginally inserted ultrasound probe and are then frozen.

The technology to retrieve and cryopreserve a woman’s eggs has improved dramatically in recent years. One important development is called vitrification, a rapid process that brings the egg to subzero temperatures without allowing ice crystals to form. Because human egg cells contain a high amount of water, this is critically important. The absence of ice crystals leads to higher egg survival rates than with traditional freezing methods.

The ideal egg freezing patient is under the age of 40. The younger a woman is when her eggs are frozen, the better the odds that her eggs will survive the freezing and thawing process.

Women may elect to freeze fertilized eggs, called embryos, using sperm from a partner or from a sperm donor. Embryos are frozen using vitrificaiton, the same method described above for egg freezing. These embryos may be created for the sole purpose of freezing and preserving them for use at a later date, or they may remain from an IVF cycle in which more embryos were created than transferred for pregnancy.

In the latter case, embryo freezing can be useful for women whose first IVF embryo transfer fails to result in pregnancy. If she has remaining frozen embryos, she can try again without having to undergo the cost and discomfort of a second ovarian stimulation and egg retrieval. Couples may also wish to freeze and store embryos after a successful round of IVF treatment in hopes of having more children at a later date.

A man may elect to freeze his sperm before undergoing a procedure that will leave him infertile, such as chemotherapy or vasectomy. Men working in high-risk conditions or on extended leave from home, such as those deployed in the military, may also wish to freeze their sperm. The frozen sperm can be thawed later and used for intrauterine insemination (IUI) or IVF.

Treatments for cancer such as chemotherapy, radiation and surgery can have devastating effects on fertility in both men and women. Chemotherapy and radiation are toxic, which is what allows them to kill cancer cells. But their toxicity may damage sperm and eggs, affect reproductive hormones and organs, and induce early menopause. In addition, surgeries affecting the reproductive system, such as the removal of the ovaries or testicles, can leave patients infertile.

Patients who’ve been diagnosed with cancer should talk to their oncologist about the reproductive impact that their treatment will have. If fertility preservation is advised, it is usually best to undergo it quickly so that cancer treatment can be started as soon as possible.

side nav 2 – subpages with children