A new study’s novel finding shows that older paternal age did not have an independent risk of pregnancy complications.

Another year, another year older … but according to recent studies that extra year from the paternal side won’t increase your risk of adverse outcomes in pregnancy. 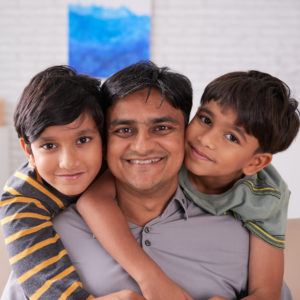 It is quite well-known that increasing maternal age will increase risks in pregnancy. Some of these risks are associated with the older age of the egg and include an increased risk of infertility, miscarriages and chromosomal abnormalities in the fetus. There are also some studies that suggest at more extreme ages of the mother, there are increased risk of adverse pregnancy outcomes perhaps due to the cardiovascular system and underlying health. These risks include problems such as preeclampsia, diabetes and fetal growth restriction.

How much of this increased risk is related to the paternal age has been less clear. We know that men generate new sperm each day, and therefore sperm are not subjected to the same degradation that the eggs are, since the eggs are present from birth. However we know that sperm parameters change with age, with increased structural defects and lower motility.

Whether these changes actually affect the pregnancy has been less clear until a recent study by Hurley and DeFranco presented in the American Journal of Obstetrics & Gynecology. This study evaluated all live births in Ohio from 2006 until 2012. Pregnancy complications and birth outcomes were documented and used to evaluate the effect paternal age had on the pregnancy complications.

Eighty-two percent of all pregnancies recorded the age of the father. The use of assisted reproductive technology was also collected. As one might expect, when the man’s age increased, the use of in vitro fertilization (IVF) also increased.

However, a novel finding was that older paternal age did not have an independent risk of pregnancy complications. This was true for both the IVF group as well as the spontaneous pregnancy group. The sample size was over 830,000 births, therefore making the study one of the largest of its kind. It was also reassuring to see that IVF pregnancies were found to have no greater incidences of preeclampsia, preterm birth, fetal growth restriction or congenital anomalies.

Since increasing paternal age has been shown to increase genetic abnormalities in embryos, many couples considering IVF will also consider preimplantation genetic testing (for aneuploidies or for chromosomal structure rearrangements) in order to optimize transferring a chromosomally normal embryo. Based on the afore mentioned study about pregnancy, we now have increased confidence telling couples that getting pregnant may be more complicated due to the use of IVF, but their pregnancy and delivery should be no different in its outcome when considering paternal age.